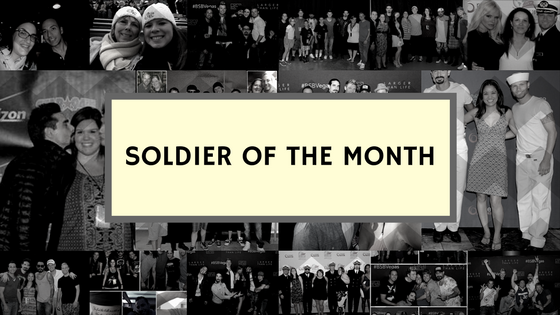 We're looking for one member of the BSB Army to highlight as November's Soldier of the Month.

To enter, answer the following question: Why are you thankful for BSB?

Make sure you answer the question in the comments section below and then click the 'Sign Up For This' button. You must complete both tasks to enter!

Each month's soldier will receive:
+ Personal tweet/follow from the BSB band account
+ A feature piece on BSB.com
+ A special bundle of BSB goodies
+ Permanent bragging rights
+ And more ;)

Check back here in the contests section at the top of each month to sign up to be SOTM!

- Must be a registered member of the BSB fan club.

- Previous SOTMs are not eligible for two calendar years. After 24 months, they can enter.

- All entries are subject to audit.

- Winner is selected at random.

No users fitting this criteria.