For a girl that was born in the Republic of Panama, it was living in Oklahoma that first introduced Aisha Al Muslim to the Backstreet Boys. Now a Pulitzer Prize finalist, the Brooklyn, New York resident counts the Backstreet Boys as one of the reasons she was so eager to learn English after moving to the United States.

Tell us a little bit about yourself:
I am an award-winning journalist and Pulitzer Prize finalist working as a business reporter for a daily newspaper in New York. I was born in the Republic of Panama in Central America and moved to the United States in late 1996 at the age of 10. That's when I was introduced to the Backstreet Boys by a friend while I was living in Oklahoma for a few months before moving permanently to New York with my family. Despite not knowing how to speak English (I only spoke Spanish), I instantly became a BSB fan. As I attended junior high school in Brooklyn, I met other girls who were also BSB fans and my love for them grew even more. Needless to say, I have been hooked since.

What is your favorite BSB memory?
I still remember the time that I stood outside the MTV studios for a taping of TRL back in 1999. I had my grandmother and my younger brother with me while snow began to fall. It was the first time I got to see the boys in person, even if it was from a window and a story up. It wasn't until 2010 that I was able to attend my first Backstreet Boys concert, minus Kevin. My friend who was not a BSB fan was left impressed by their performance and I immediately felt like a proud parent. Then I was finally able to meet and hug them in person during their 2014 cruise. It was a dream come true and I became a bigger fan after that because their personalities shined through during the cruise. I felt like I knew them.

What is your favorite BSB song and why?
My favorite BSB song is "I'll Never Break Your Heart." When the song came out, I had been heartbroken after my junior high school crush moved and would no longer attend the school. Kids stuff, but the song got me through that tough time. I always told myself, "I am going to get married to this song." Weird I know, but I absolutely loved this song.

What is your favorite BSB video and why?
My favorite BSB video is "Show Me the Meaning of Being Lonely." The entire video looks like a movie and it is spotless story telling. It captured so many emotions. Until this day, this song still makes me want to cry.

How has BSB impacted your life?
BSB made sense of my life. When I describe myself there are a few things that sum up who I am. They are: Panamanian, journalist, and BSB fan. Everyone that knows me knows that. BSB was there when I was struggling to adapt to the United States, junior high school and learn the English language. Through them, I became eager to learn English to know what they were saying and to write fictional stories, sometimes involving them. In fact, my first article was a review of BSB's 1997 album during seventh grade for my junior high school newspaper. It sparked my fire to become a journalist.

What is your favorite thing about being a BSB fan?
My favorite thing about being a BSB fan is that with social media the access that we have to the boys is incredible. Through social media, I feel like I have a closer relationship with the boys and know more about them. I have also met some really great people at their cruises that have become really good friends and we have even traveled together and visited each other. The BSB Army is unstoppable. We are truly loyal fans. The boys are lucky to have us and we are lucky to have them.

Aisha is a new Backstreet Boys fan club member. Have you recently joined the fan club? Soldier of the Month is a monthly feature on BackstreetBoys.com where we showcase fan club members who are dedicated, active on the fan club or have an amazing story. Sign up to be November's SOTM here. 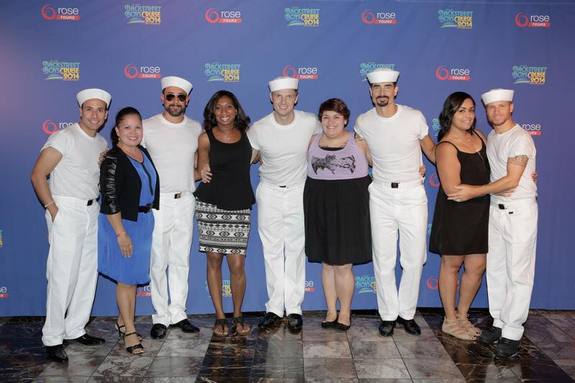 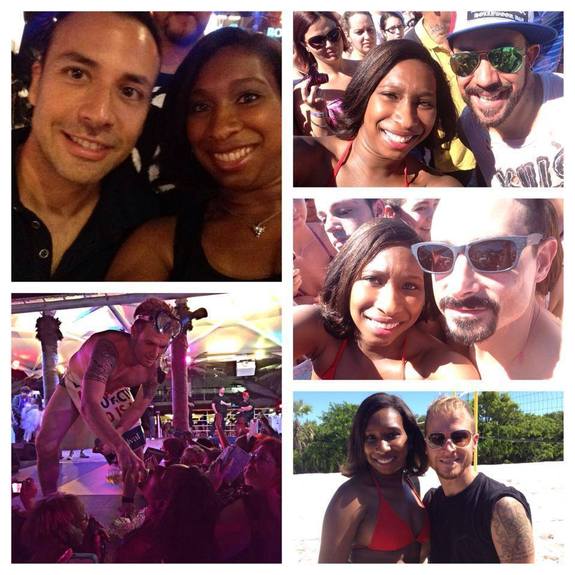